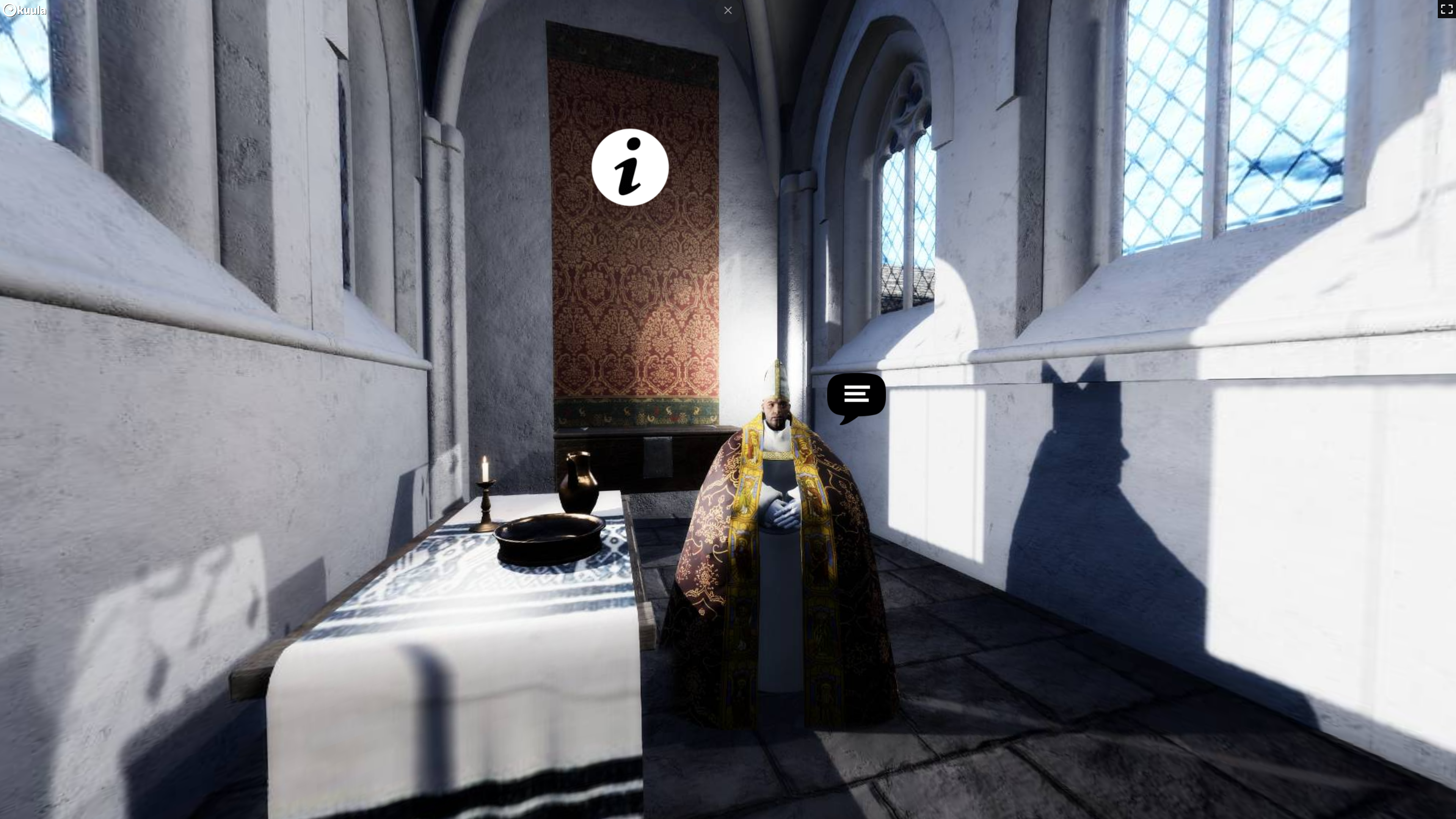 In the Middle Ages the area around Blackfriars Wynd was outside the main burgh of Perth. A castle used to stand here, but was demolished, probably after being damaged by flooding in 1209.  A few years later King Alexander II founded a Dominican friary on the former castle site. Friars were in many ways like monks, but followed stricter rules on poverty and often preached and worked in towns. The Dominicans were also known as the black friars – a name which reflected the colour of their clothing.

King James I of Scotland often visited Perth and stayed at the Dominican friary. In 1437 he was murdered there by a group of discontented courtiers. The king tried to escape from his killers through a sewage outlet but the exit had been blocked up and he became trapped. James I was buried at the Perth Charterhouse (which was where the King James VI Hospital now stands). Both the Charterhouse and the Dominican friary were sacked in 1559 during the Scottish Reformation.