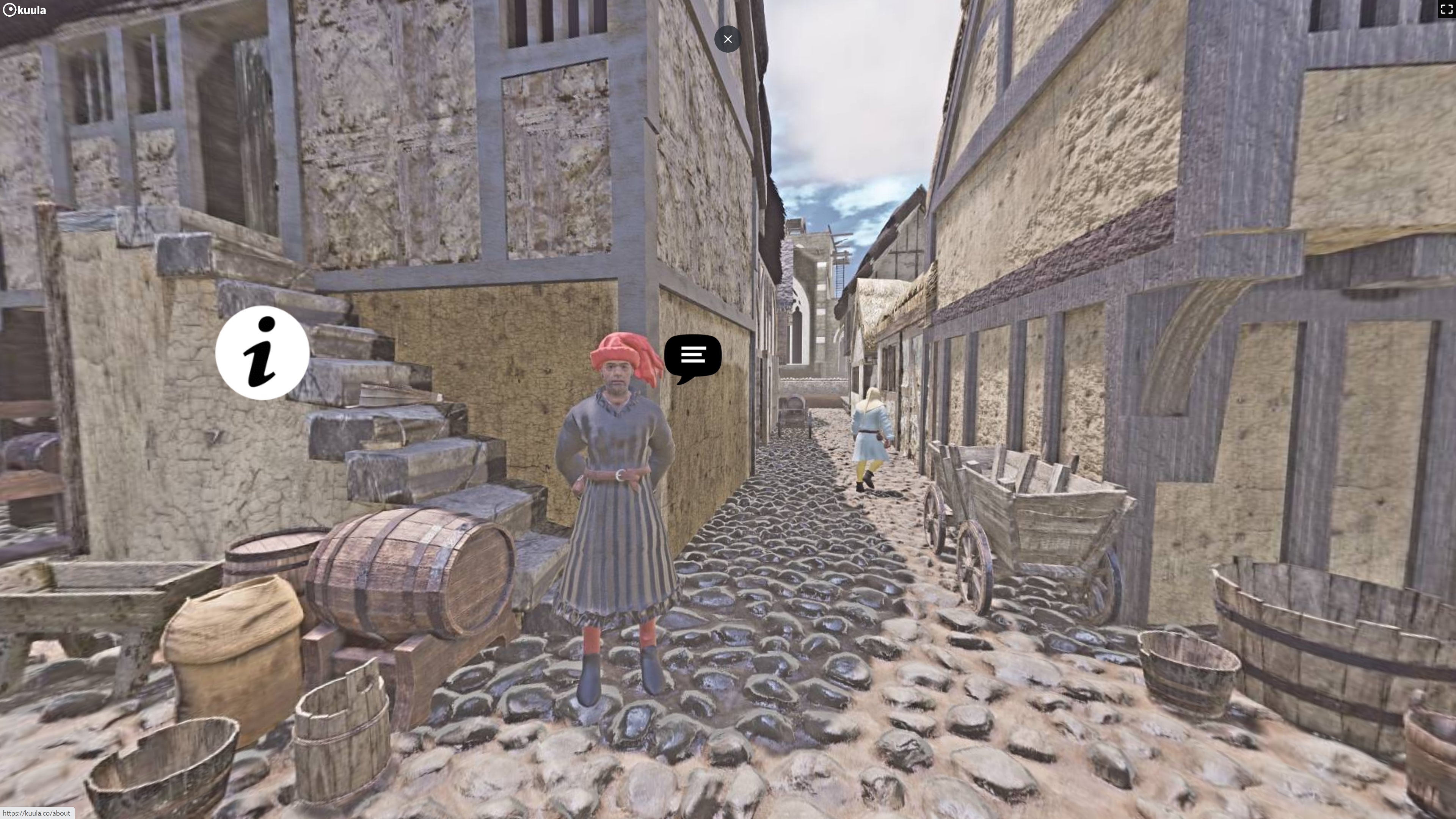 Perth was a wealthy place in the Middle Ages. Materials such as wool, flax, and animal skins were brought in from the surrounding countryside and turned into products such as cloth, shoes, and gloves. Perth played an important role in trade between Scotland and Europe. Ships took wool and cloth from Perth across the North Sea, and brought back luxuries such as wine and spices.

Foreign trade was run by the merchants. There is evidence for a guild of merchants in Perth as far back as 1210. By the end of the Middle Ages Perth also had official craft organisations for glovers, hammermen (or metal workers), baxters (or bakers), shoemakers, fleshers (or butchers), tailors, websters (or weavers), and wrights (a term which covered a range of jobs such as carpenters and people we would now call engineers). Other significant trades included the skinners, maltsters (who made malt), and brewers, although these were slightly lower status occupations. Many vennels (or alleyways) in Perth are named after the crafts who once worked in these areas.