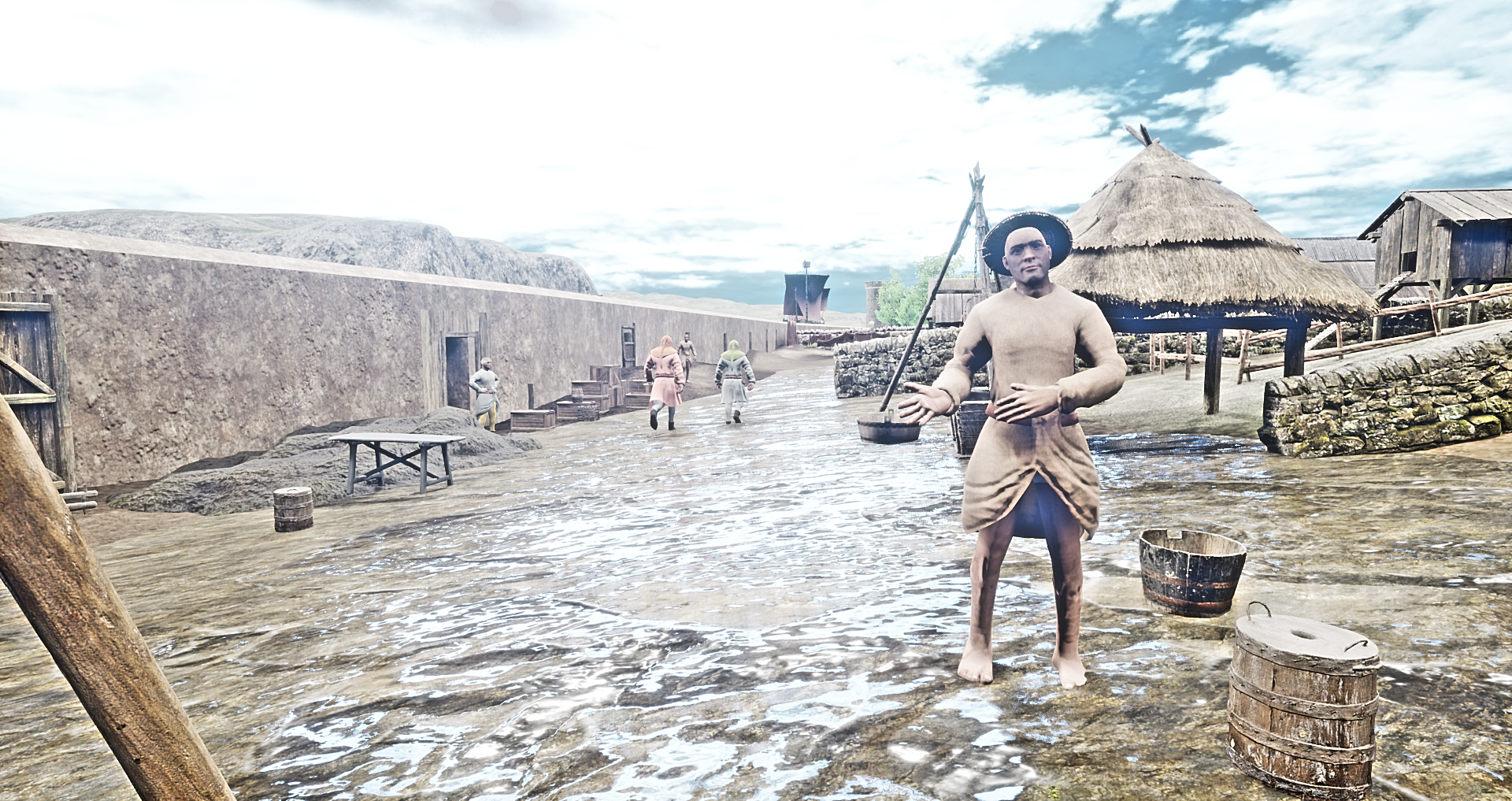 Perth became an important burgh because of the River Tay. At this point the Tay is still deep enough for ships – enabling overseas trade. Perth’s harbour was originally at the east end of the High Street. By the late Middle Ages the harbour had moved to the area around the modern junction of Canal Street and Tay Street.

During the Middle Ages the shoreline was a little further back than it is now. Over the centuries the Tay has been gradually embanked and made narrower. Flooding was a common problem in medieval Perth. Even in normal years the land was water-logged. The wet soil does not contain oxygen, meaning that it preserves organic materials such as leather and wood. Many unusually well-preserved medieval objects like shoes, buckets, and even a wooden toilet seat have been found in Perth.